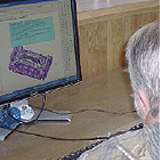 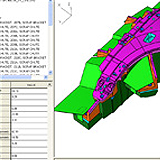 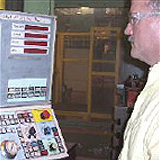 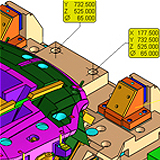 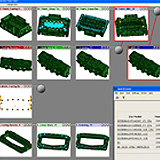 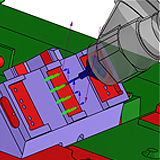 Dies are getting bigger and more complex at Ford Motor Co.’s Dearborn Tool & Die plant in Dearborn, MI. Also development time — from design through first-part-to-gauge — is shorter than ever. The firm’s huge investment over the last several years in big Schuler presses allows it to run large stampings two-out, such as hood inner and outer side-by-side in one die. Plus, it’s increased use of engineered draw beads helps to minimize blank size and reduce scrap, critical cost savers for the big consumer of steel.

These and other technology trends has Dearborn Tool & Die driving toward innovation and facility upgrades, including employing virtual die development and tryout as much as possible. Results are impressive, according to UAW Local 600 Tool and Die Unit Chairman, Jeff Laver. “We used to take as long as two weeks to get a drawn shell —split – free — out of the press, following intensive time under the ram,” Laver said. “Today, we spend just 1 .5 to two shifts under the ram to produce a drawn shell in die-tryout.”

Since 2004, the plant has seen its hours required to build a die dramatically reduced. Its building more dies in-house than ever before — 20% more dies in 2009 vs. 2008. “That’s due to simulation and machining technology,” said Laver, “and better planning.” Even more dramatic are the timing improvements made since 2004 — a nearly 300% improvement in die-build timing. This efficiency gain often allows the plant to avoid building soft prototype dies for early builds, finding that it can build some production dies quickly enough to use for early builds.

Several major enablers have gotten Dear born Tool & Die to where it is today — white-light scanning, and developing a machine-intensive process, to name two. Also, along with those enablers, much of the credit for its success, said Plant Manager, Terry Henning, goes to the firm’s wholehearted and widespread acceptance of the package of die-manufacturing planning software from Smirtware, Inc., Wixom, MI, a division of Vero Software. The software first made its way into the facility in 2002, and Version 8 was installed earlier this year.

“Our CPA (construction, planning and analysis) team of diemakers develops a procedure for every die we build, then the Smirt DieBuild software provides the instructions for exactly how we want to build each die, step by step,” said Henning. “Those instructions route to every subcontracted die shop we use around the world, which also use Smirt (Smirt DieShop) as a die-design information management tool and 3D viewer. That way we can control how every supplier machines our tools.”

The ease of use of the software and its ability to provide a roadmap to the tradespeople on the shop floor to optimize the die-build process has led to eagerness by all to adopt the technology and ensure that the company can continue to perform to the level of excellence expected by Ford, stressed Laver. “Our shop-floor skilled workers are highly educated and really embrace new technology, such as white-light scanning and the Smirt software. They’re committed to ensuring that our processes and procedures result in the most efficient and highest quality die builds as possible, to keep this plant competitive in the global market. We’ve had great buy-in from everyone as we upgrade to new versions of the software, and continue to improve our efficiencies.”

At the 71-year-old Ford die shop — within the hailed halls of the 420,000 sq. ft. landmark building that is Dearborn Tool & Die, built in 1938 by Henry Ford — dozens of trained tool and die makers have participated in a huge culture shift and embraced change, allowing the plant to rely on Smirt to develop its die-manufacturing plans. The plant’s employees work from die designs in a completely paperless environment provided by the DieShop software. There was not a drawing or drawing table to be found.

With dies being more complex and larger than ever, this team’s focus is on reducing build time and tryout, explained Keith Zobay, superintendent of the die-construction department.

“In the past, prints would hit the production floor and the diemakers would study them and work everything out,” said Zobay. “We were relying on their skills and expertize, and individual judgment. Now, by working everything out in engineering, we save huge amounts of time and money — time in design is much less expensive then time on the floor. We can check for interference, redesign blocks on the computer, and be proactive rather than reactive.”

A Bottleneck in Die Build? No Way

Machinists use Smirt DieNC, an add-on module to DieShop, to create their own programs, and derive tool paths for machined faces and drilled holes. “We get better awareness of available machine time, fewer rush jobs and we can more accurately plan for the work, and be proactive,” added Zobay.

He referred to a recent die designed to handle an advanced high-strength steel stamping as an example. The die required a special coating and was so large that it would not fit inside the firm’s coating tank, so engineers had to design it as a segmented die. “Joints in the die could not be straight, or we’d get excessive burrs,” Zobay said. “So we designed it with angles, but this created fit issues after heat treat. Using the DieBuild software, we were able to develop a history for the project and a set of instructions that ultimately takes us step-by-step to successfully develop this die, and we can use those instructions for similar projects that come along later.”

Machining instructions make their way to the shop floor where operators have access to 20 computer workstations running DieNC. They can view in color every surface that needs to be machined. And, the fact that Smirt works with multiple CAD systems provides a common tool within the building to handle all of the die information required to build a die. Another six terminals in t he die-tryout department provide access to Smirt to view project details.

“Smirt is the information container, it keeps the workers informed,” said Jerry McLaughlin, Area Manager of die-tryout, quality and NC programming. “Due to the performance improvements in die construction and machining, die tryout has become an even greater constraint than it was in the past. And now that die build no longer is a bottleneck, we’re tasked with making the tryout process as efficient as possible.”

One tool being used in the die tryout department is white-light scanning of first panels to gauge. “The panels are data to us — we store the white-light scan data, analyse, create new CAD, NC programs, and then remachine the dies,” McLaughlin said. “By becoming NC-machine intensive in die-tryout, we have been able to eliminate the bottlenecks created in traditional die-tryout work. The only way the sheet metal on the vehicles will look good is if we’re good at designing, building and verification of these exact processes in our stamping presses with sheet metal. We have made significant improvements in timing, quality, fit and finish of our vehicles, and white-light scanning has been the key enabler.”

The final piece in the die development and production puzzle is efficient and accurate shop scheduling, and for a shop that is as dynamic as Dearborn Tool & Die is, scheduling is a critical function. Efficient shop scheduling allows the shop to keep up with the growth in throughput without adding vast amounts of resources, particularly now that design and build happen so seamlessly and quickly. Traditionally, scheduling systems fail due to poor information feed. The DieCost module of SmirtWare Version 8, recently released and implemented at Dearborn Tool & Die in September of this year, now can feed shop-floor data in real-time into the plant’s scheduling system. It also assigns time to complete each DieBuild operation.

“This makes the process visible and accurate,” said David Gray, the manager of tool coordination. “And, we need to not only see what is happening now, but what is about to happen, to allow accurate forecasting for next week, and next month. The software helps us manage machine time, material flow and material availability.”

As Smirt moved into the design and build functional areas of the plant, it became clear to Gray and his team that as processes on the floor were becoming more and more efficient, and the time-frame to complete the dies was being squeezed further and further, those areas were outpacing the plants current system for scheduling.

“That’s why automated scheduling through Smirt’s DieBuild and DieCost programs will help, so we can stay ahead of the shop-floor,” continued Gray. “We’ll be able to take the time calculations and costs and add those to our current scheduling system (Primavera software, a project-management tool). Operators on the floor will go into the software after each operation and use a check-off feature. Then, merging the Smirt production data into Primavera will automate the scheduling function and take 80 to 90% of the manual work out of the equation.”

That closes the CPA loop, as the changes at Dearborn Tool & Die have been centered on people, processes and technology. Henry Ford’s die shop has moved into the 21st century.

This article was written by Brad Kuvin for MetalForming magazine, and appears here with permission granted by PSI Services Inc., a subsidiary of the Precision Metalforming Association.